Dr. Frederick W. Crumb was the eighth, and longest-serving, president of the institution known today as The State University of New York at Potsdam. He joined Potsdam State Teachers College in 1946, which became part of the new SUNY System upon its founding two years later, and Dr. Crumb oversaw the construction of the new campus on Pierrepont Avenue. During his 21 years leading the College, Dr. Crumb paid special attention to building the institution’s library collections, from 8,000 texts when he arrived, to more than 110,000 volumes at the time of his death. The College therefore named its newly built library complex the Frederick W. Crumb Memorial Library in his honor, at its opening in 1967.  Learn about Dr. Crumb’s legacy through this online exhibit created by students in conjunction with the College’s bicentennial.

In recognition of this remarkable legacy, SUNY Potsdam will retain this name on the second floor of the building, which now houses the library stacks and most of the campus book collections, as well as research resources, faculty offices and the College Archives and Special Collections.

Dr. Crumb’s son, Peter Crumb, said: “The establishment of the Lougheed Learning Commons reflects my father’s philosophy as president of SUNY Potsdam. He wanted the library to be the heart of the campus, and he believed the students should show the administrators what they need. Renaming the building does both of those things, keeping the Frederick W. Crumb Memorial Library inside the evolved heart of a campus center dedicated to student service—the Lougheed Learning Commons.”

On an average day, more than 1,200 people pass through the building's doors. Fifty years since its opening, as technology, information and educational approaches have changed, students have increasingly used the library as a learning commons, a shared academic gathering space used for individual and collaborative study. The first floor of the building houses common study areas, the Center for Creative Instruction, Minerva’s Café, a Makerspace, the Honors Lounge and the Center for Applied Learning. 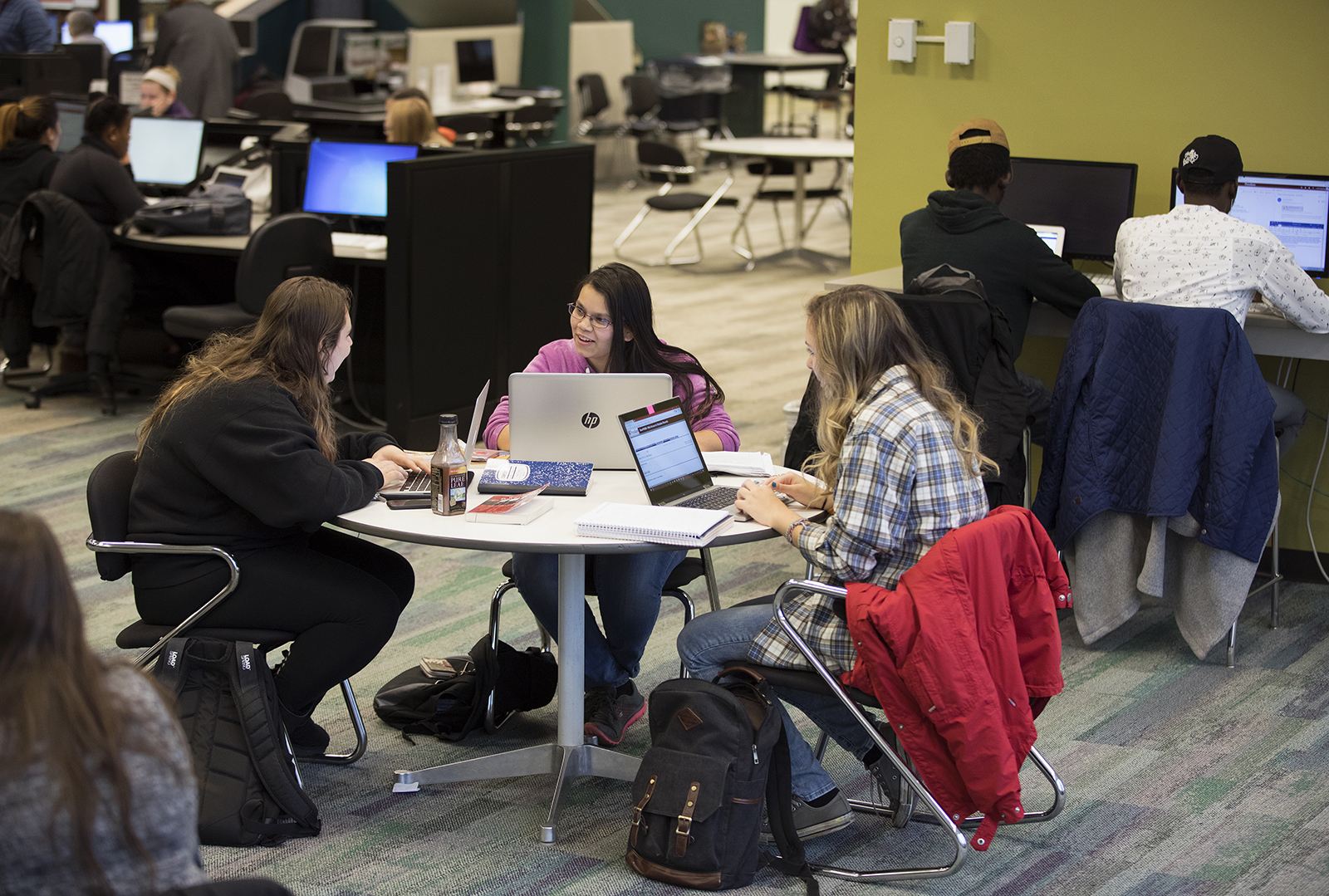 In recognition of the evolving nature of the facility and in honor of a historic gift, SUNY Potsdam and the State University of New York recently moved to name the campus’s academic hub in honor of two dedicated donors—Donald (Hon. ’54) and Kathryn Kofoed Lougheed ’54. The couple has pledged $5.25 million to support applied learning initiatives at SUNY Potsdam, on top of previous giving totaling $2.3 million in support of scholarships and the Lougheed-Kofoed Festival of the Arts, which they founded at the College in 2012.

“SUNY Potsdam will be forever changed for the better, thanks to the generosity and vision of Don and Kathy Lougheed. Their extraordinary gift will ensure that applied learning is woven throughout the student experience at SUNY Potsdam, by tripling the amount of donor funds available to the Center for Applied Learning and nearly tripling the amount of campus funding available for faculty and curricular development in support of applied learning. Words can’t fully express how grateful we are to the Lougheeds for their friendship and depth of support,” said President Dr. Kristin G. Esterberg.

The building will officially be recognized as the Lougheed Learning Commons following a rededication ceremony in May 2018. 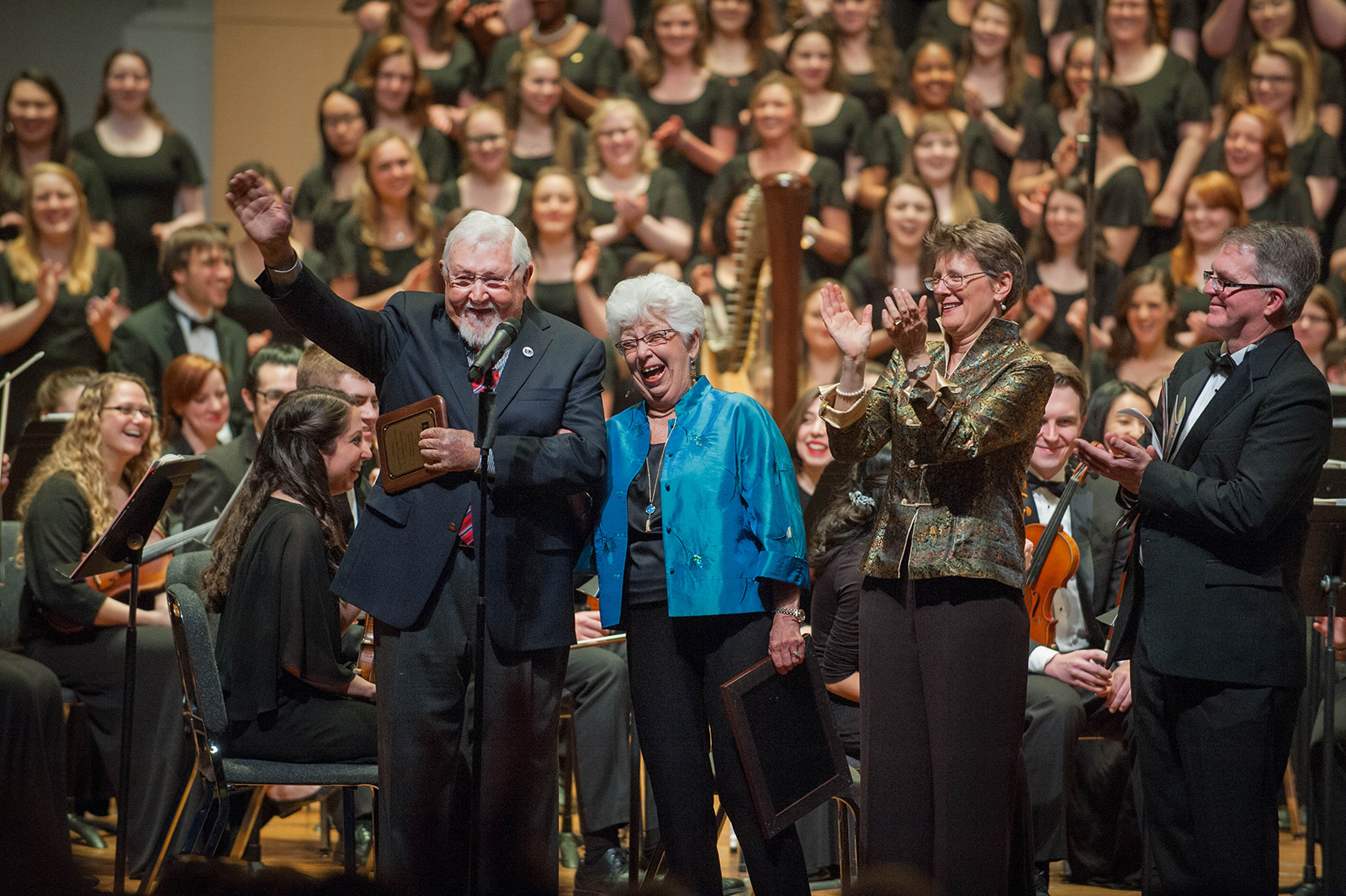