Why the freedom to assemble?

per Wikipedia: "Freedom of assembly, sometimes used interchangeably with the freedom of association, is the individual right or ability of people to come together and collectively express, promote, pursue, and defend their ideas.[1] The right to freedom of association is recognized as a human right, a political right and a civil liberty. ... The United States Constitution explicitly provides for 'the right of the people peaceably to assemble, and to petition the Government for a redress of grievances' in the First Amendment."

The Law Library of Congress explains, "The Supreme Court of the United States has held that the First Amendment protects the right to conduct a peaceful public assembly.[3]  The right to assemble is not, however, absolute.  Government officials cannot simply prohibit a public assembly in their own discretion,[4] but the government can impose restrictions on the time, place, and manner of peaceful assembly, provided that constitutional safeguards are met.[5] "

The Newseum answers some Frequently Asked Questions about Freedom of Assembly. 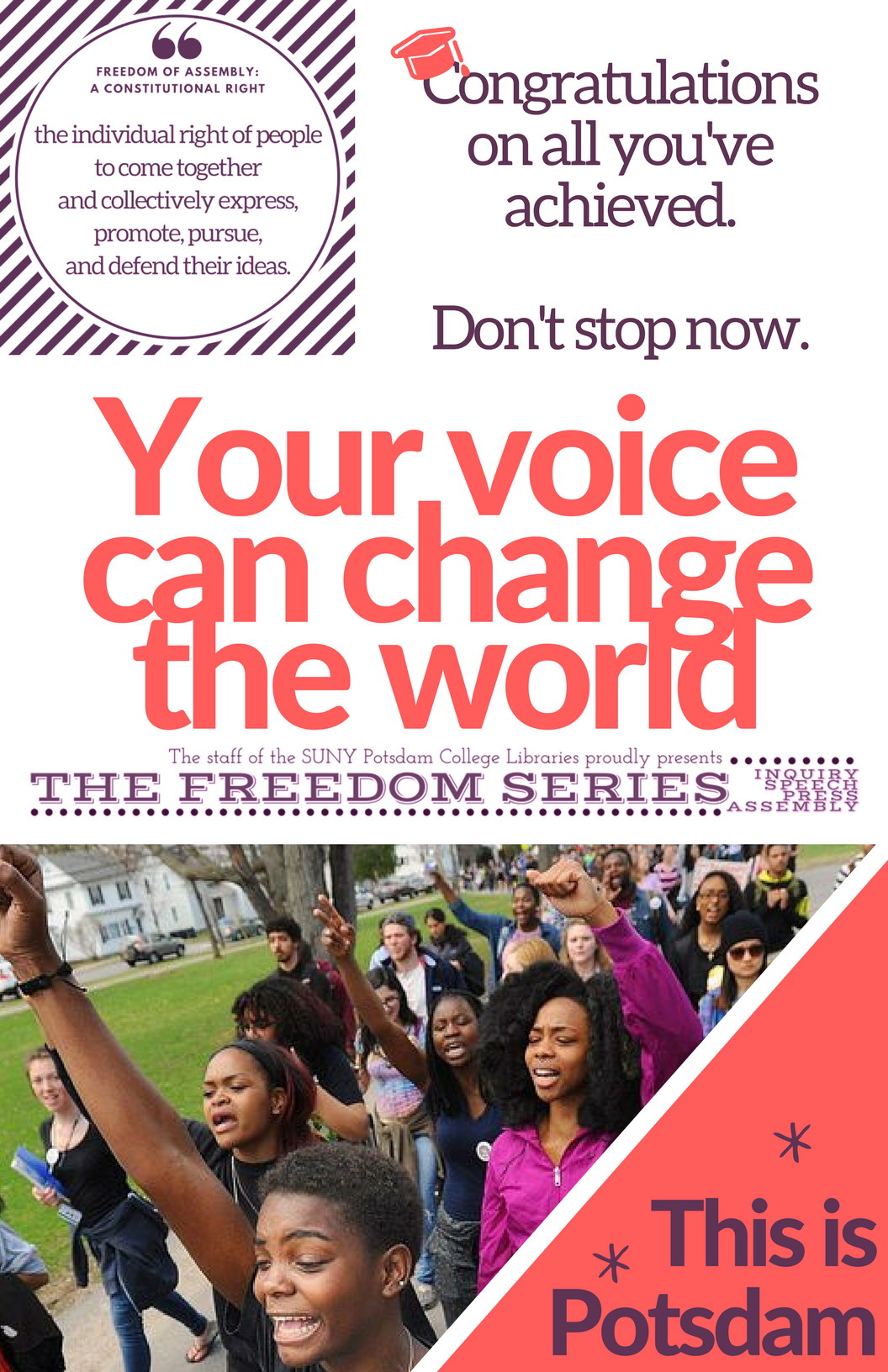 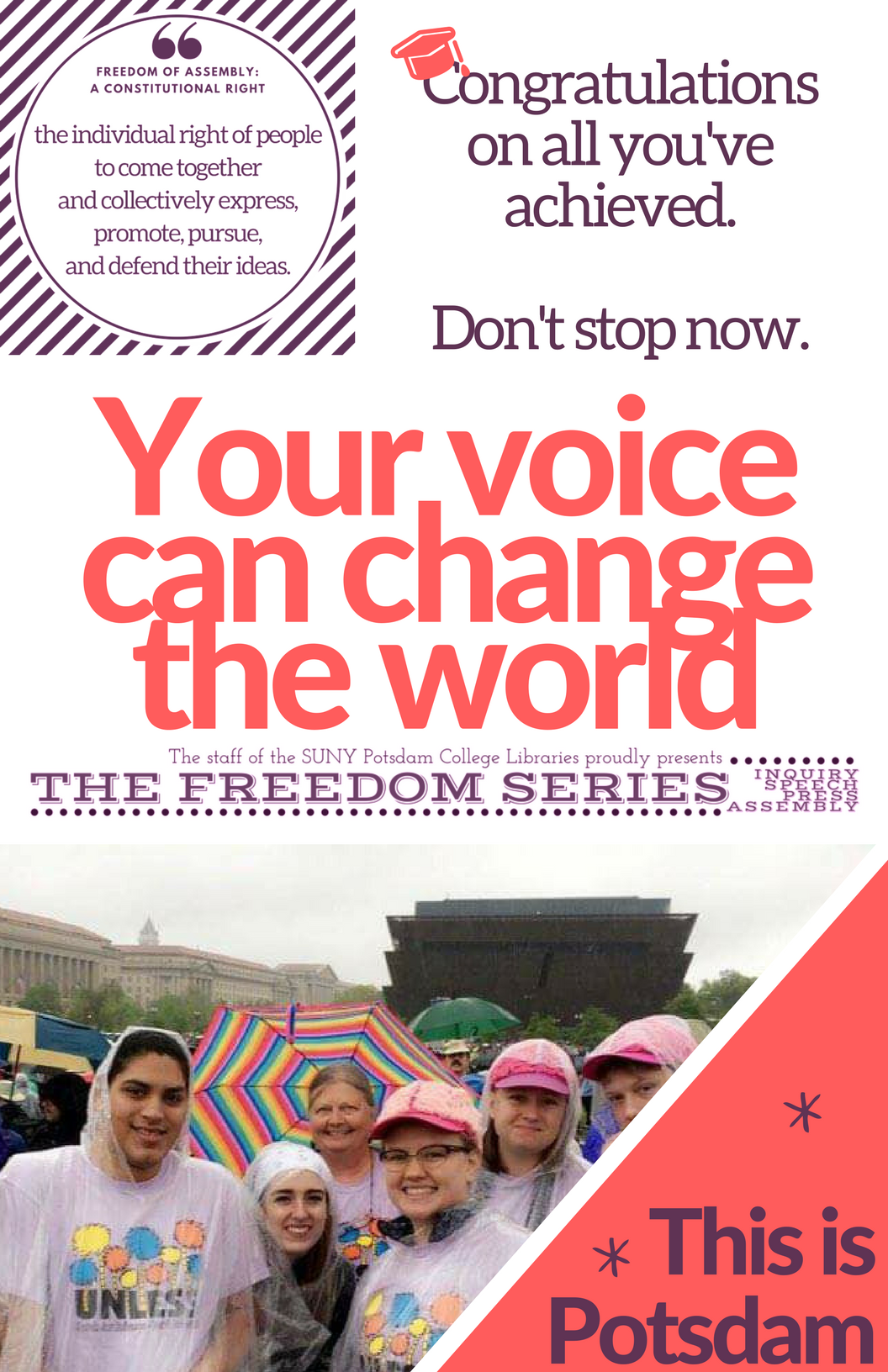 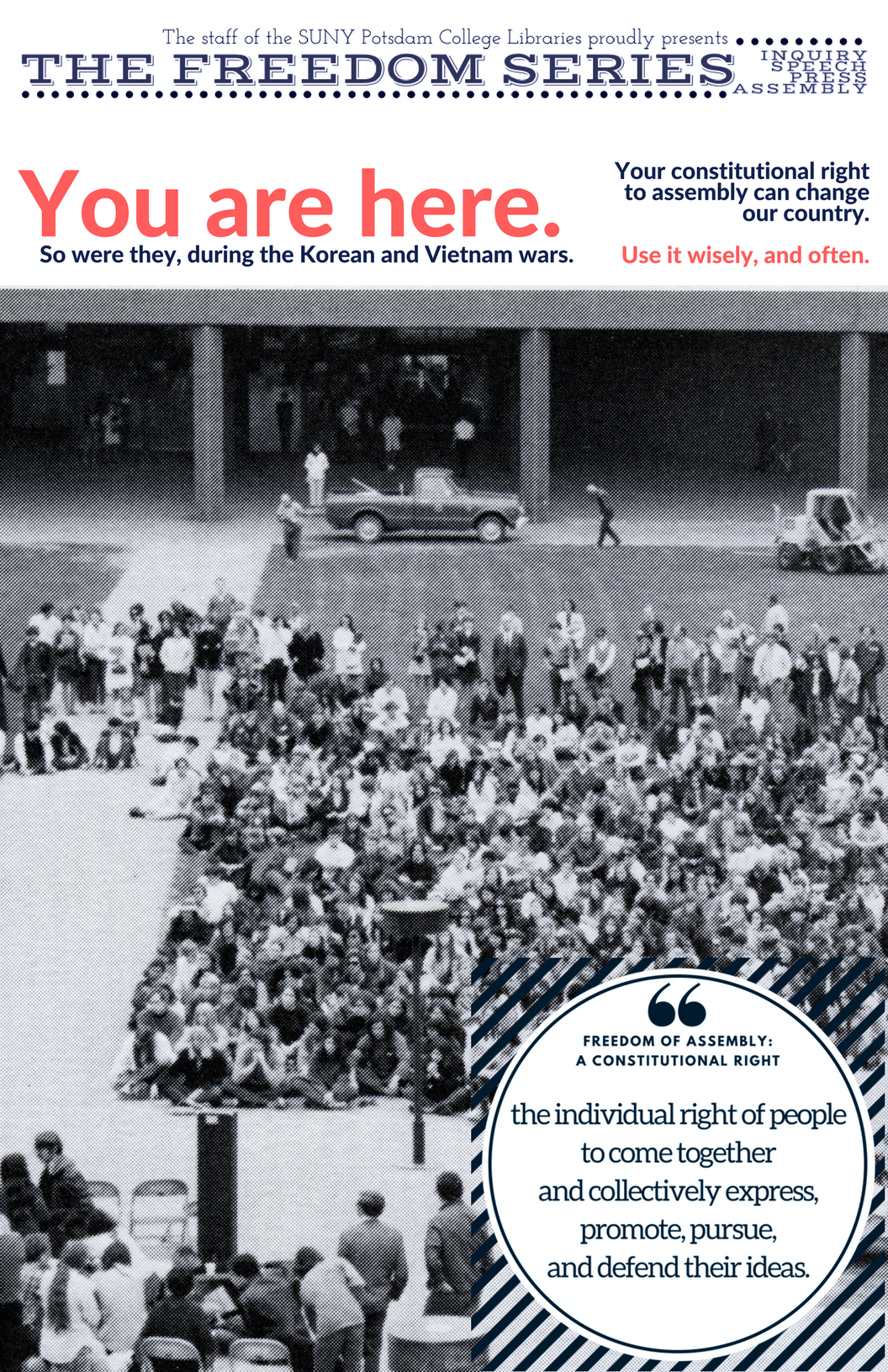 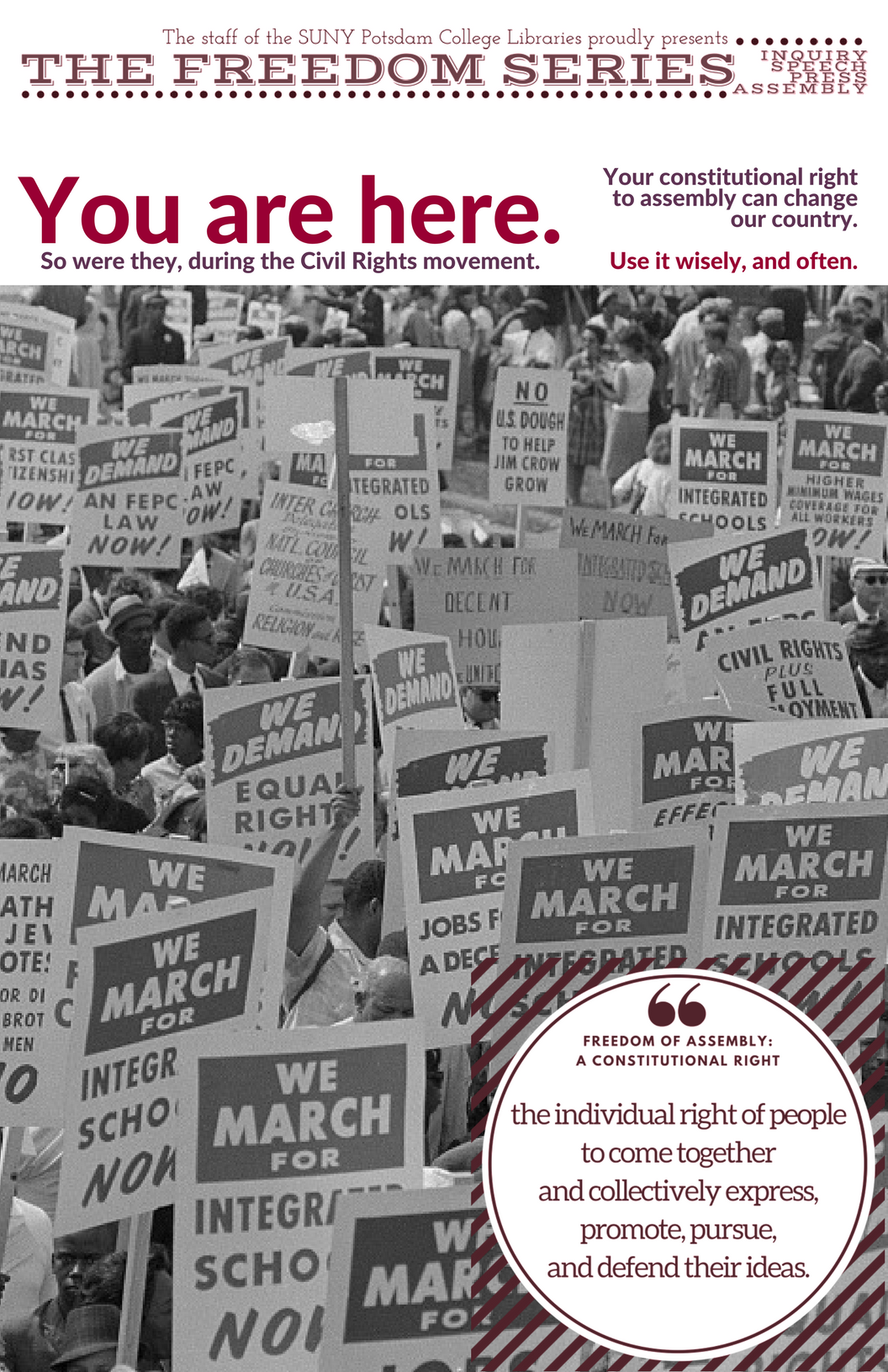 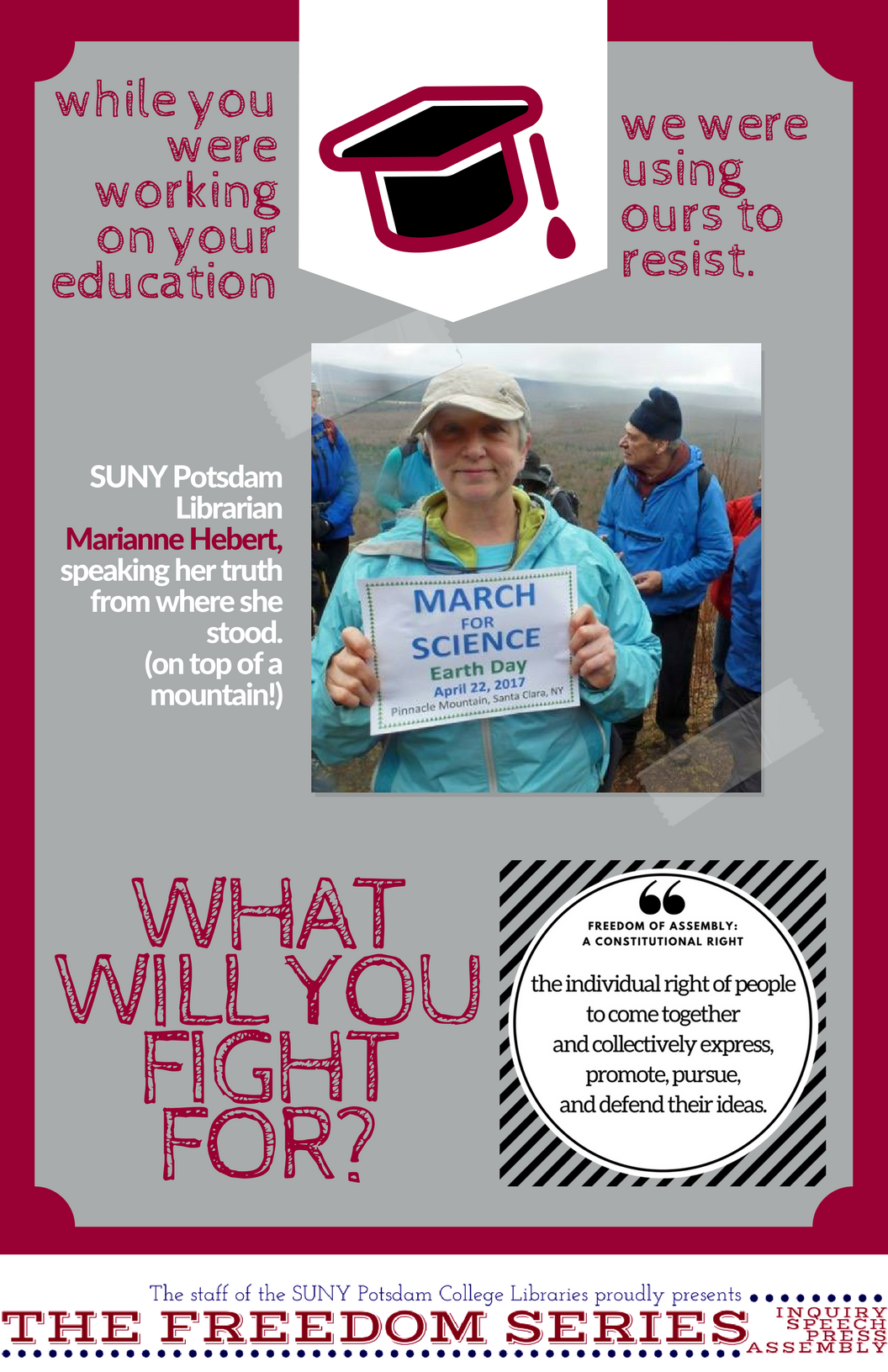 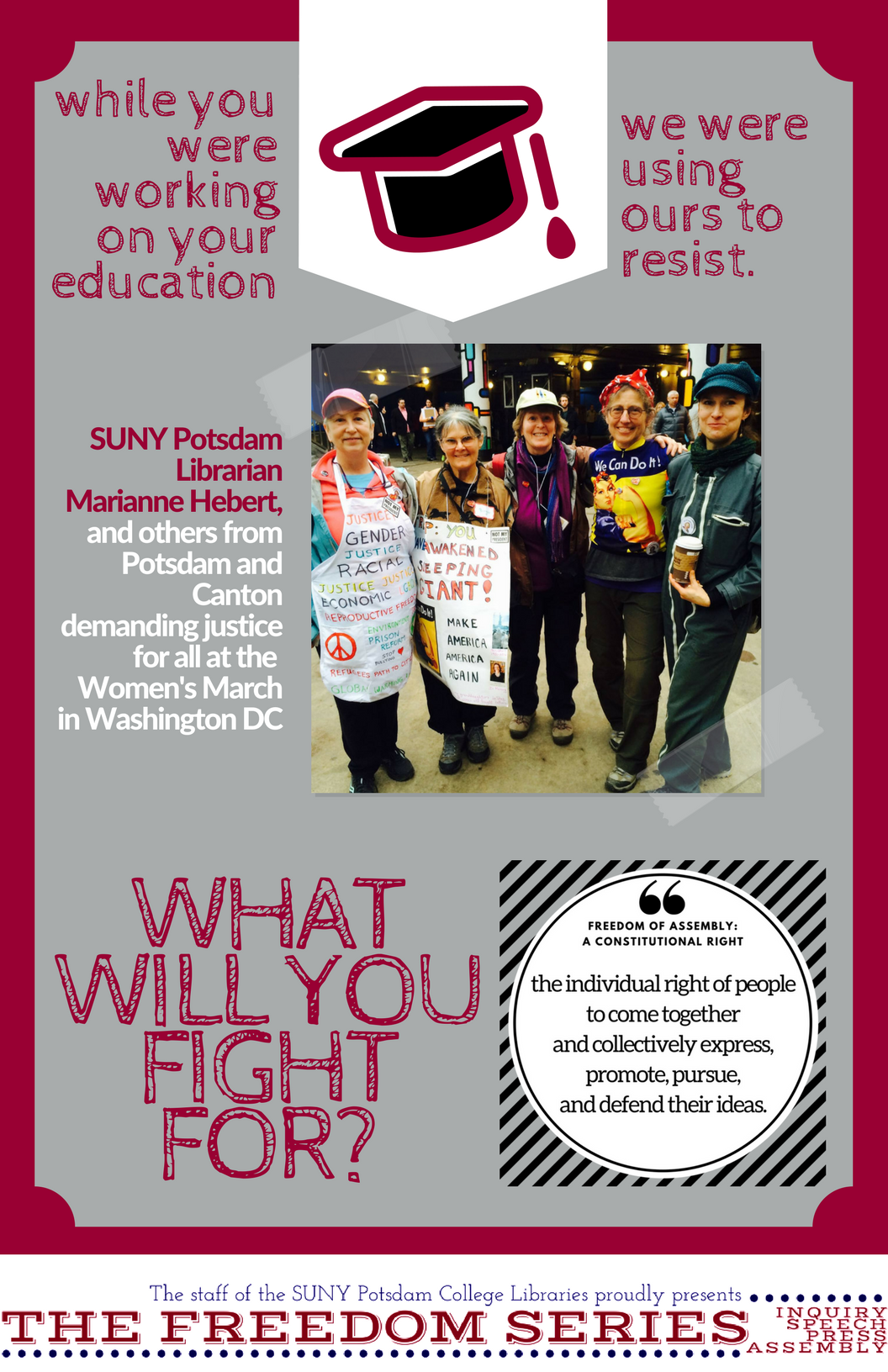 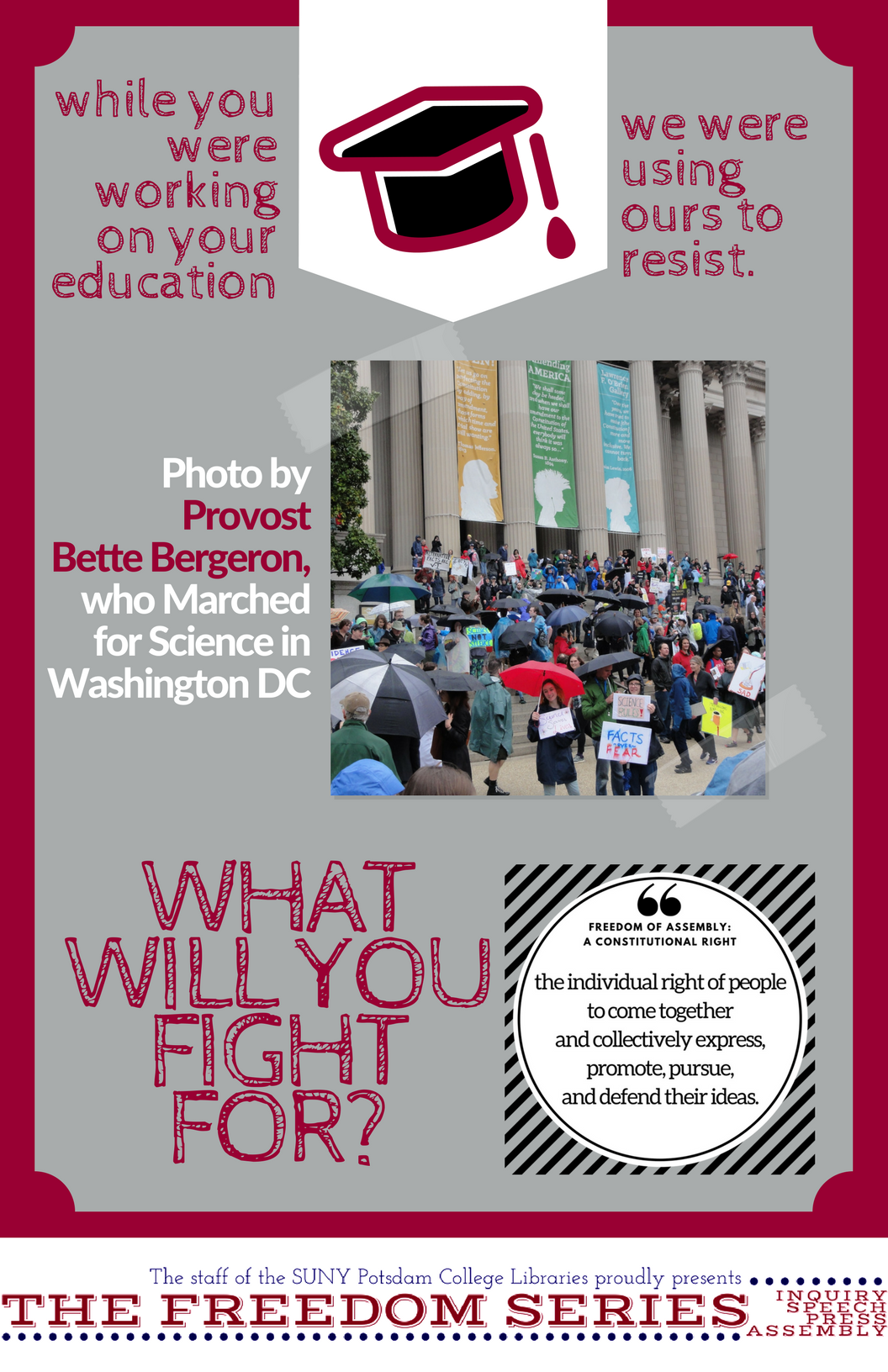 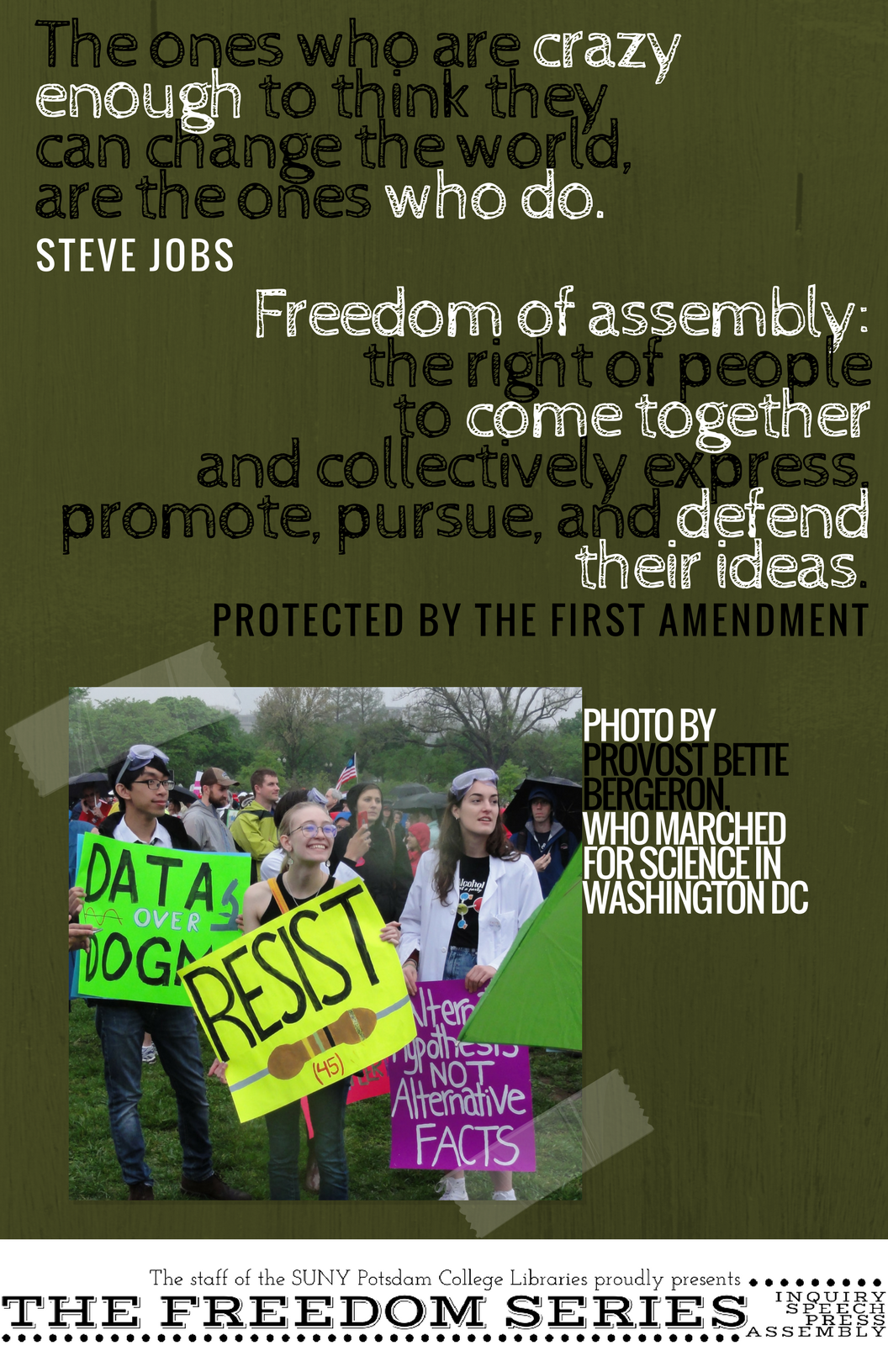 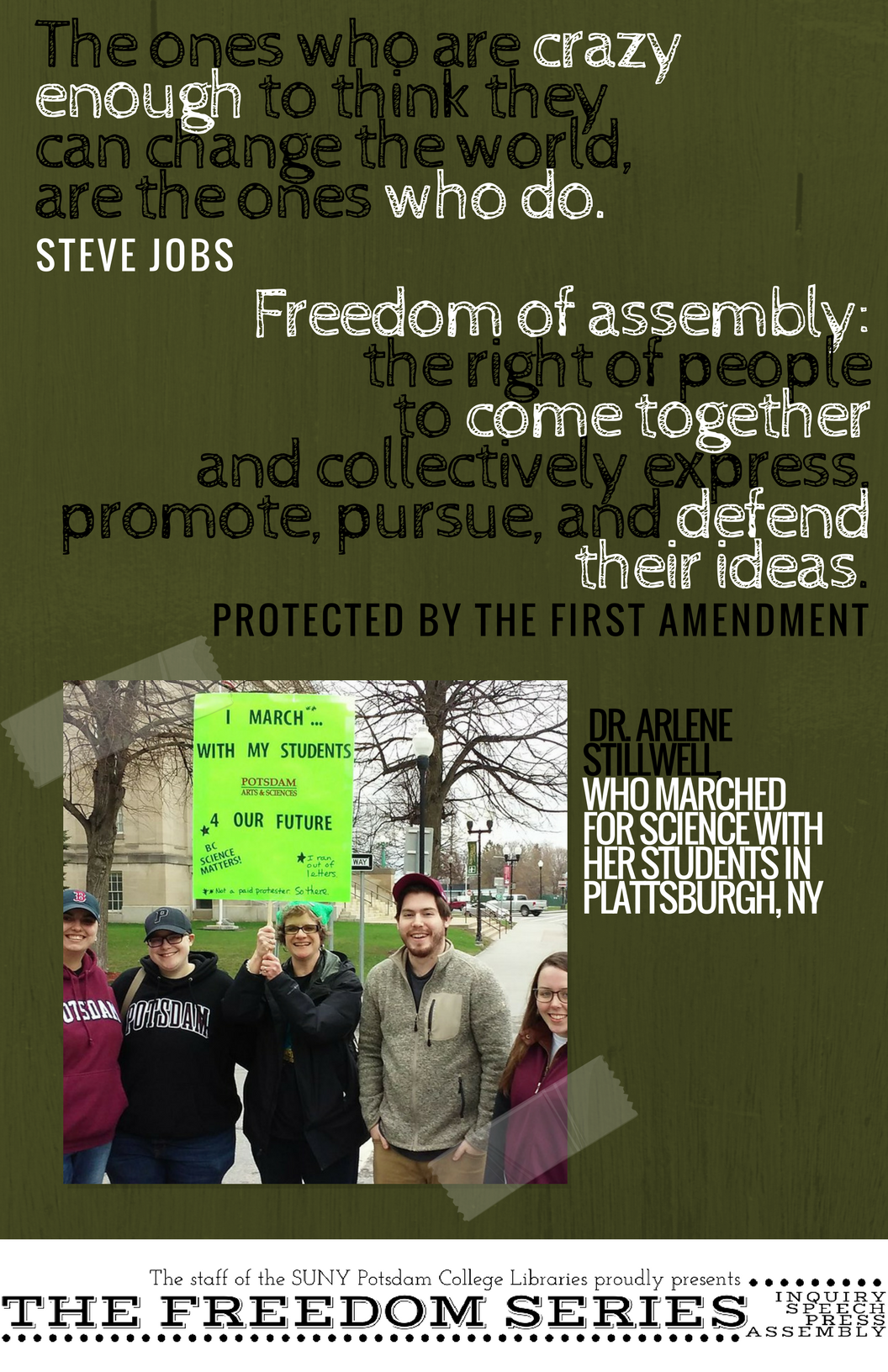 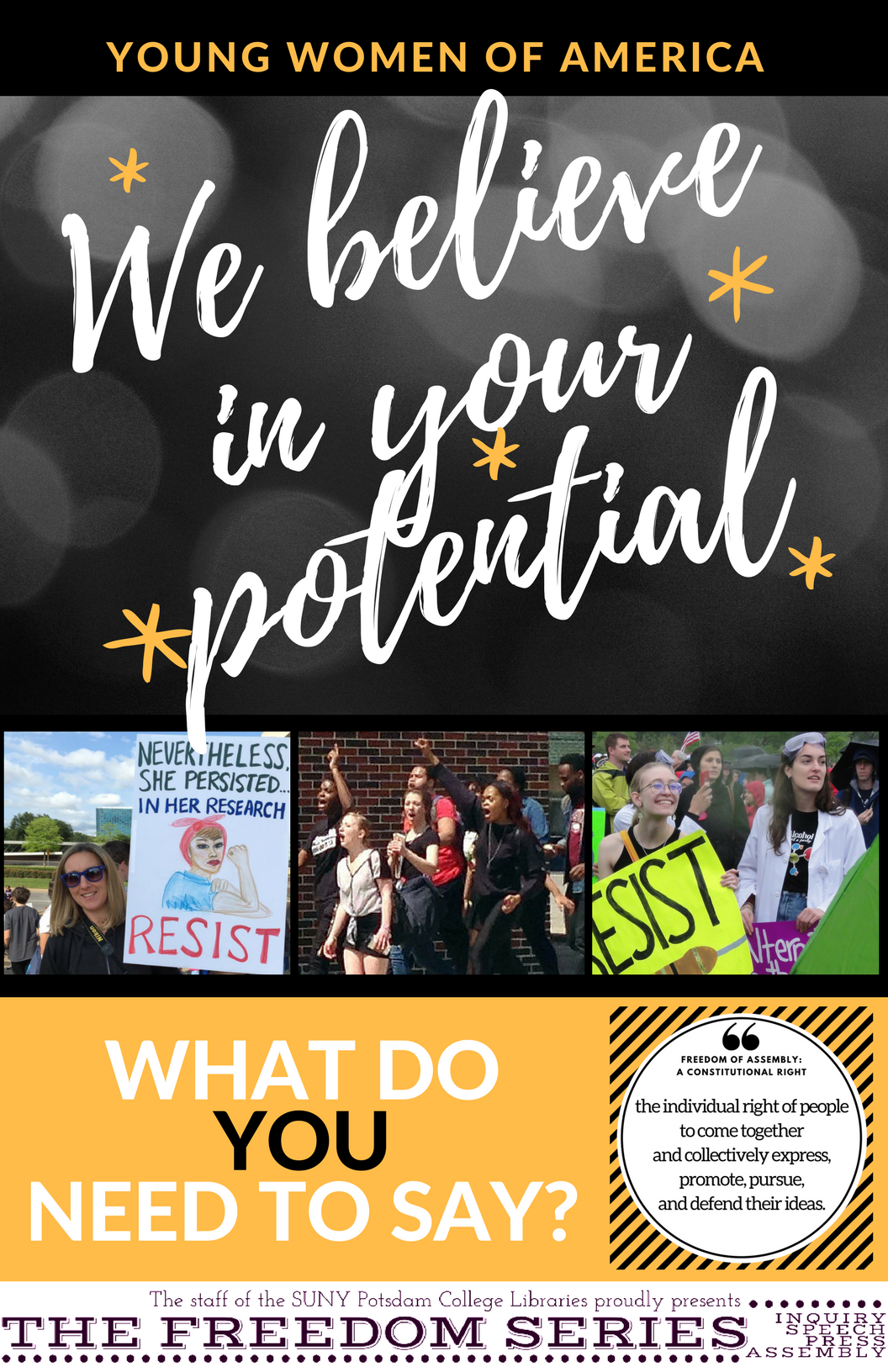 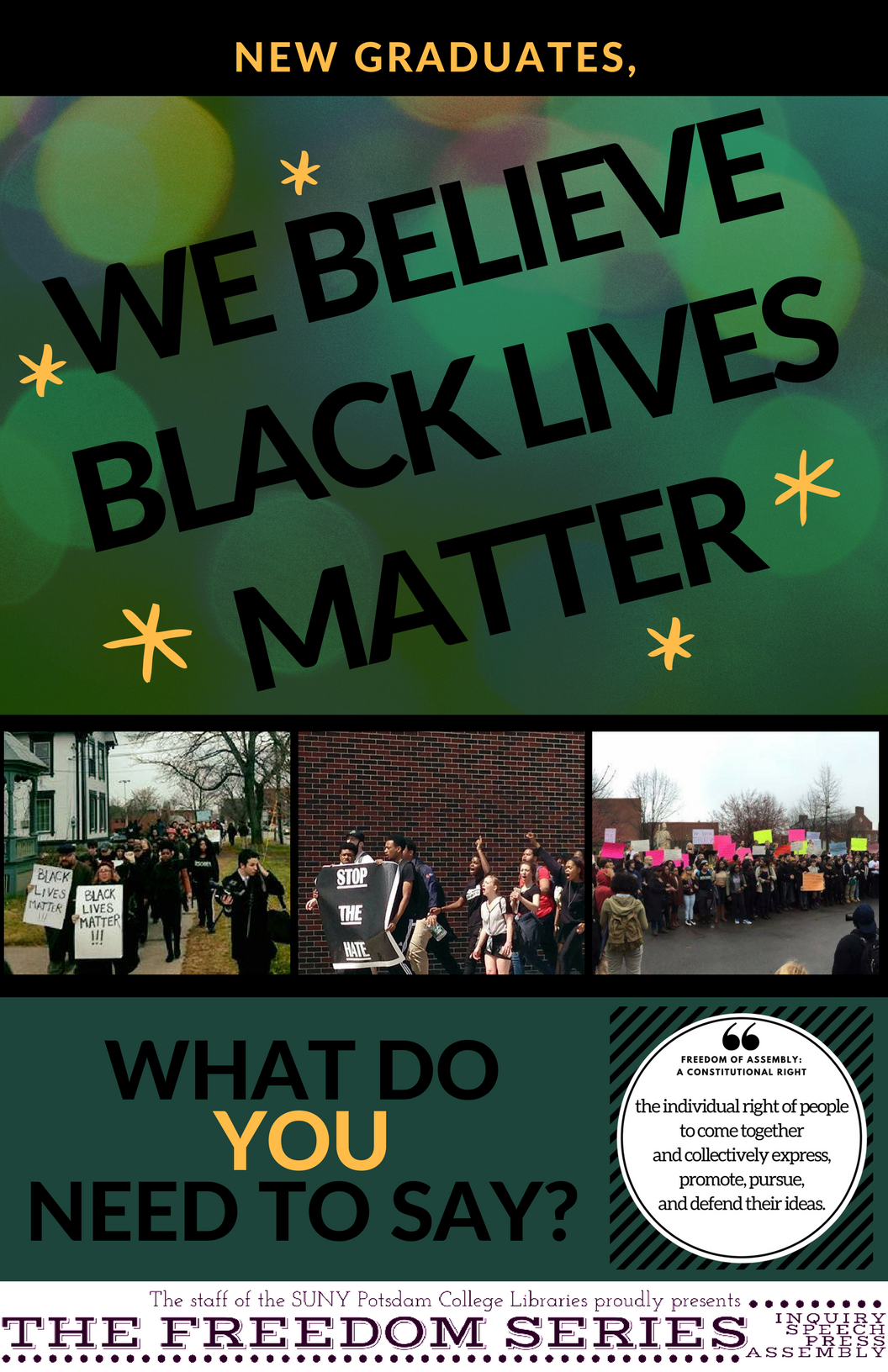 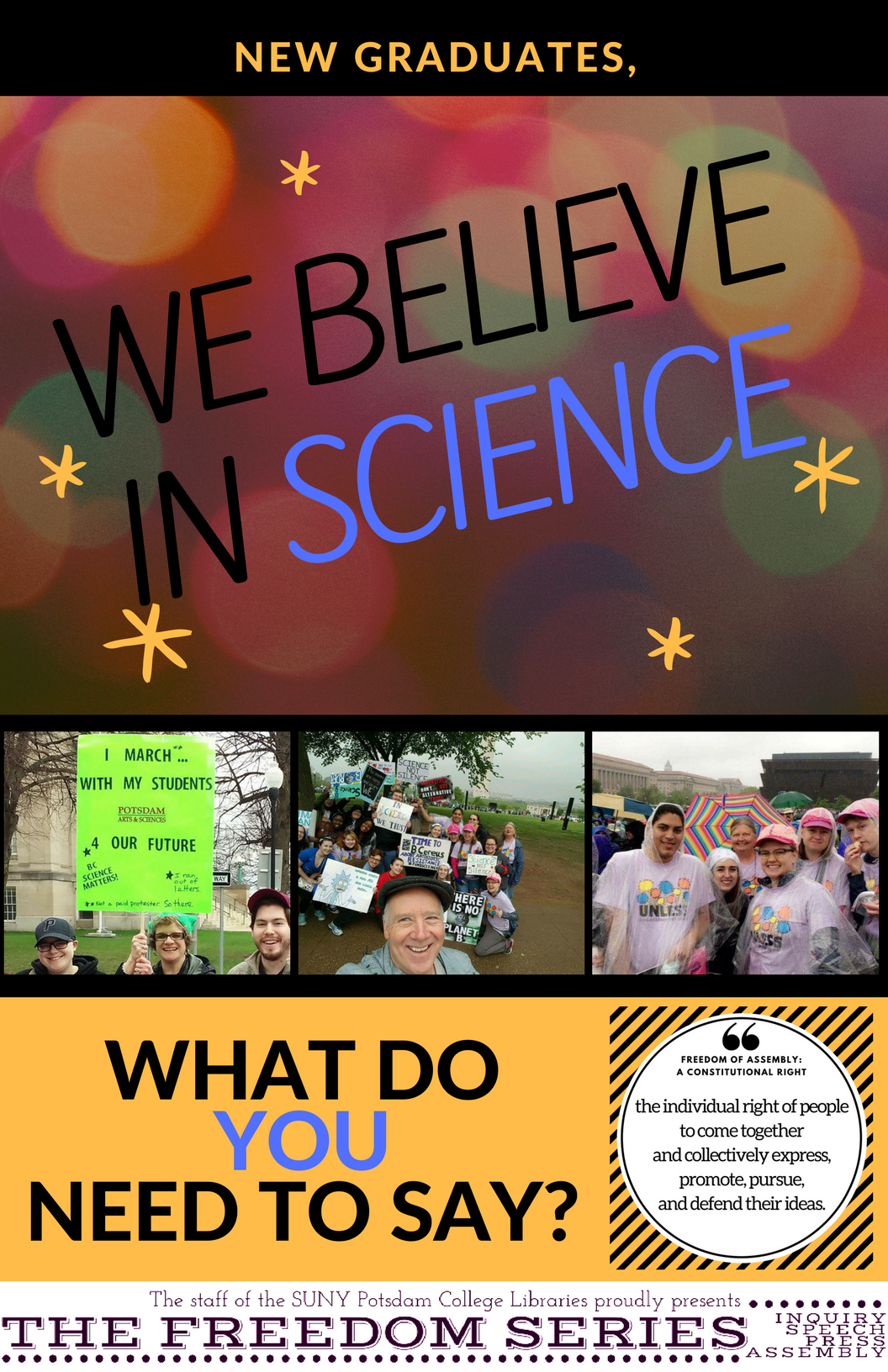 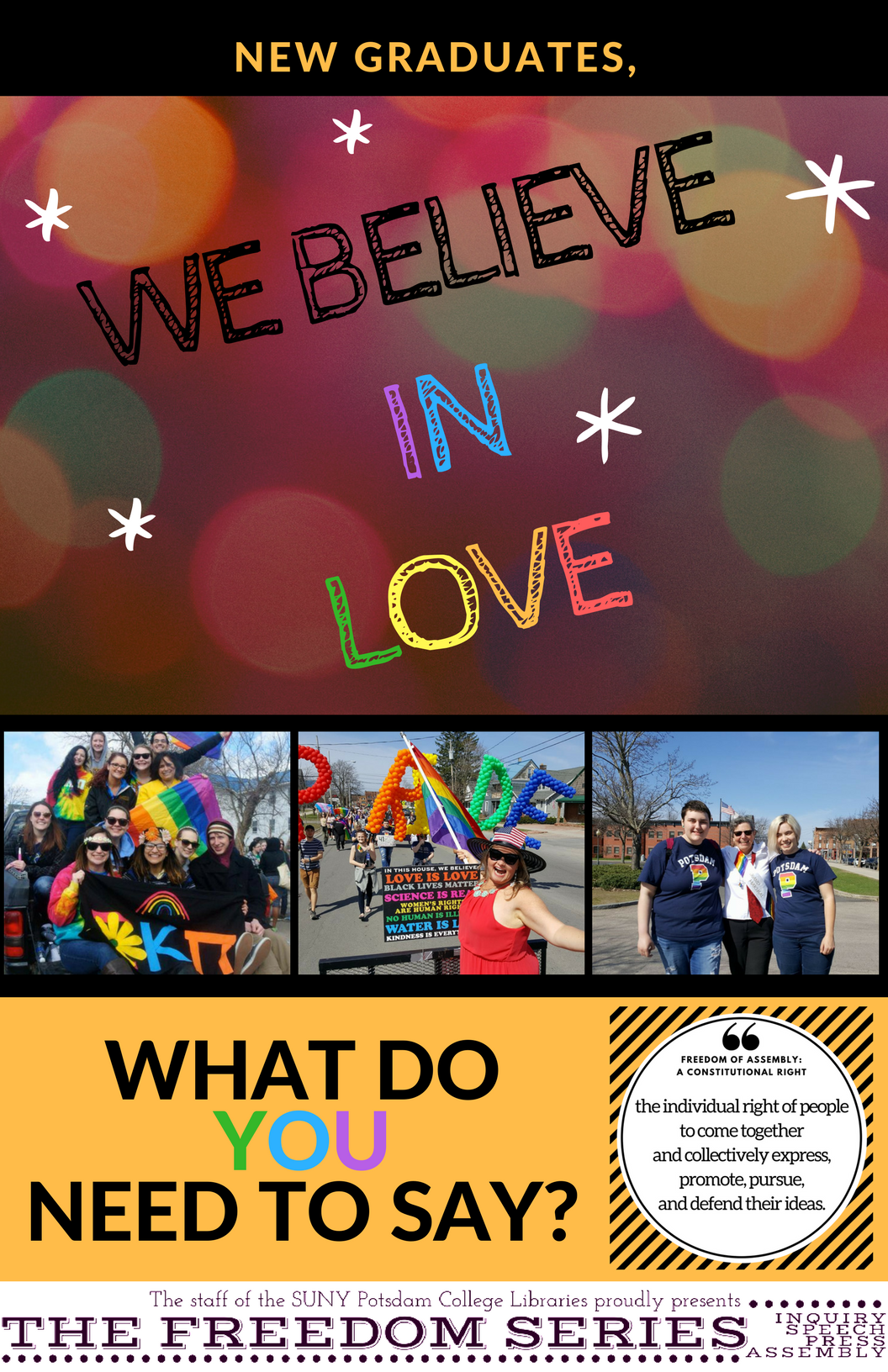 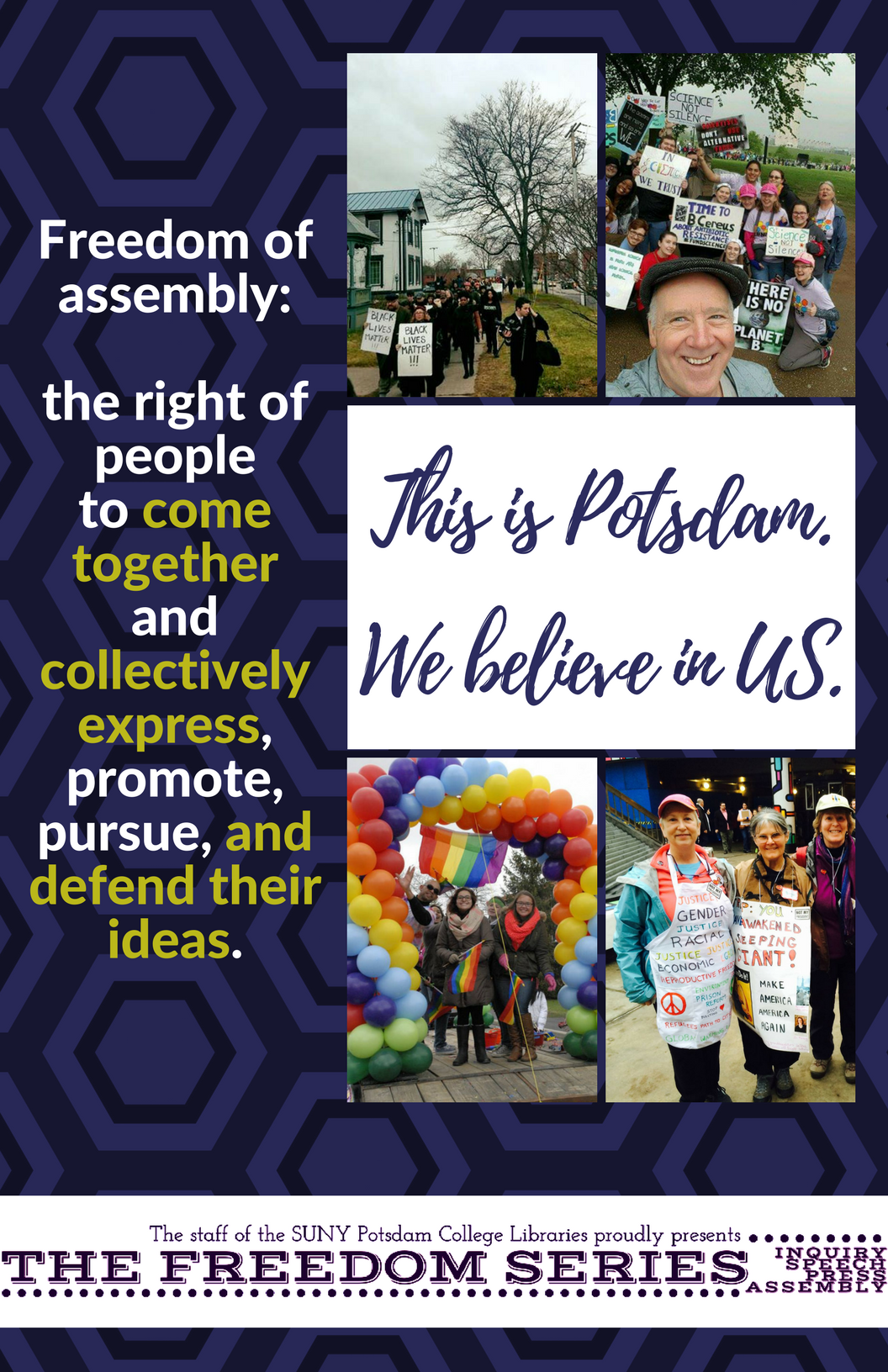