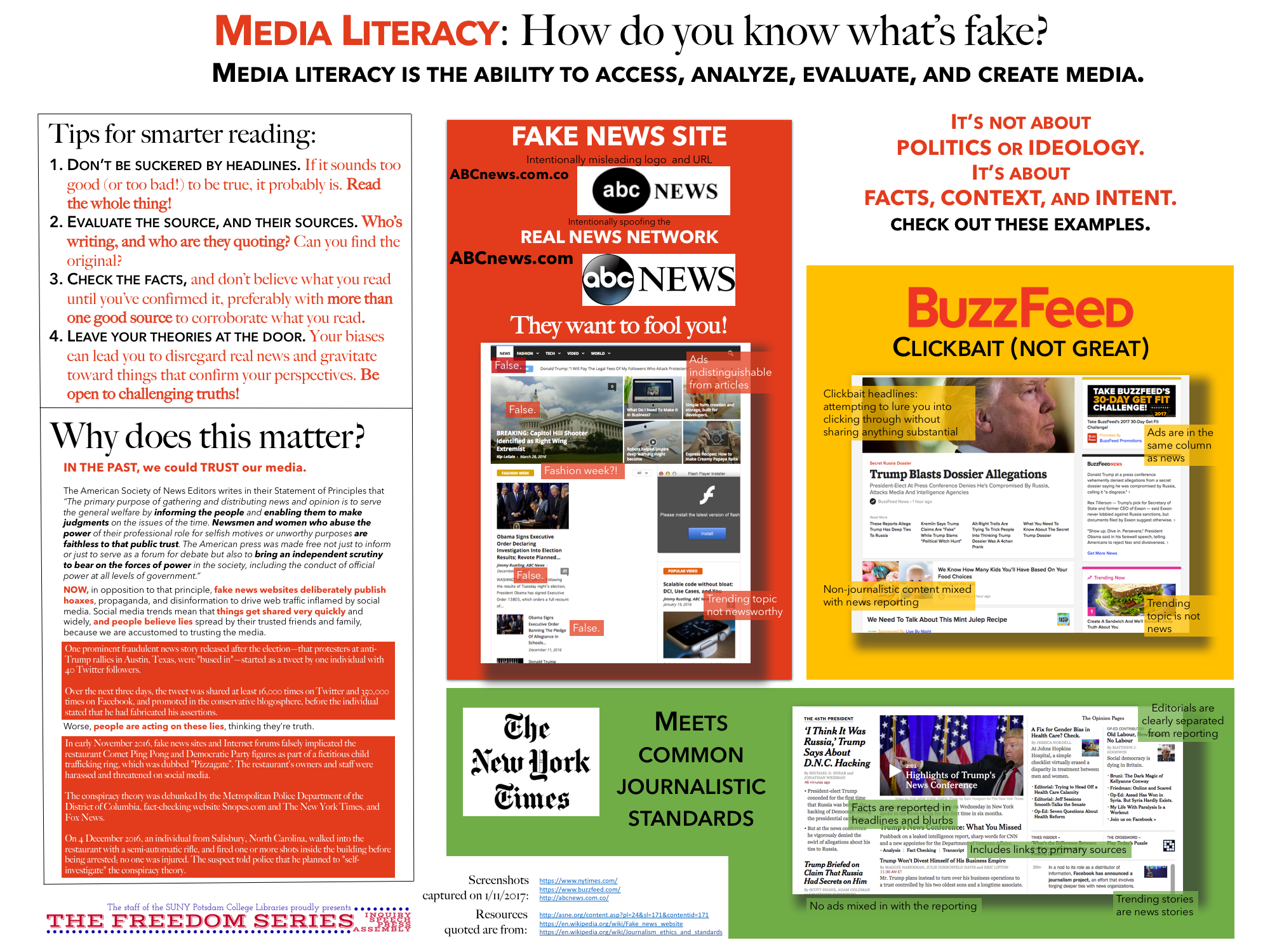 The American Society of News Editors

How about a free two hour online course in fact checking?

News and Essays on media literacy and fake news

Wikipedia defines fact checking as "the act of checking factual assertions in non-fictional text in order to determine the veracity and correctness of the factual statements in the text" and asserts that fact checking after statements are made "often result in changes in the behavior, in general, of both the speaker (making them more careful in their pronouncements) and of the listener or reader (making them more discerning with regard to the factual accuracy of content)".

Below is a list of some of the most prominent online fact-checking resources. We have included their own descriptions of what they do -- in their words -- as well as information about how they are funded. It matters who pays to create the information you consume!