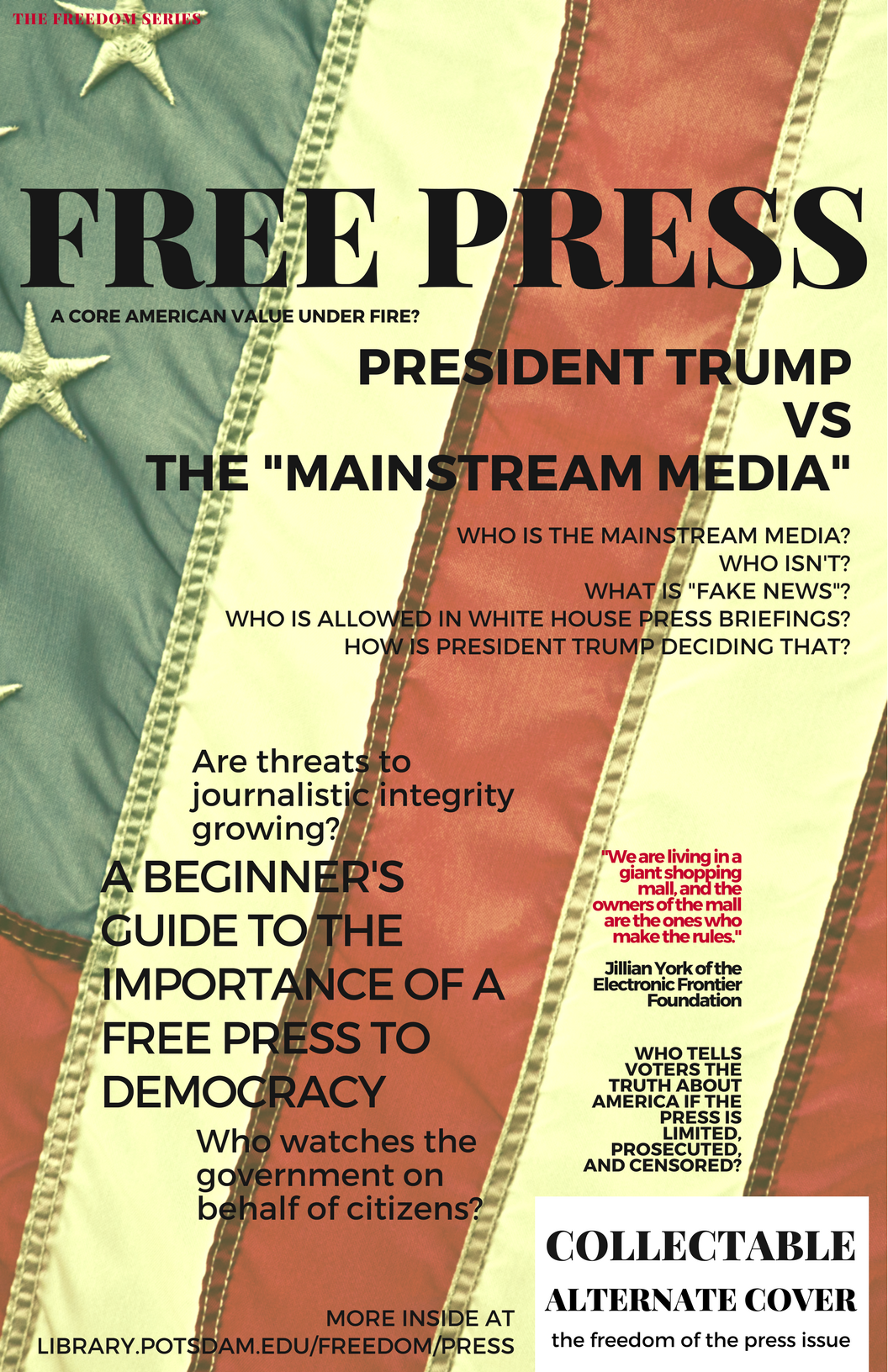 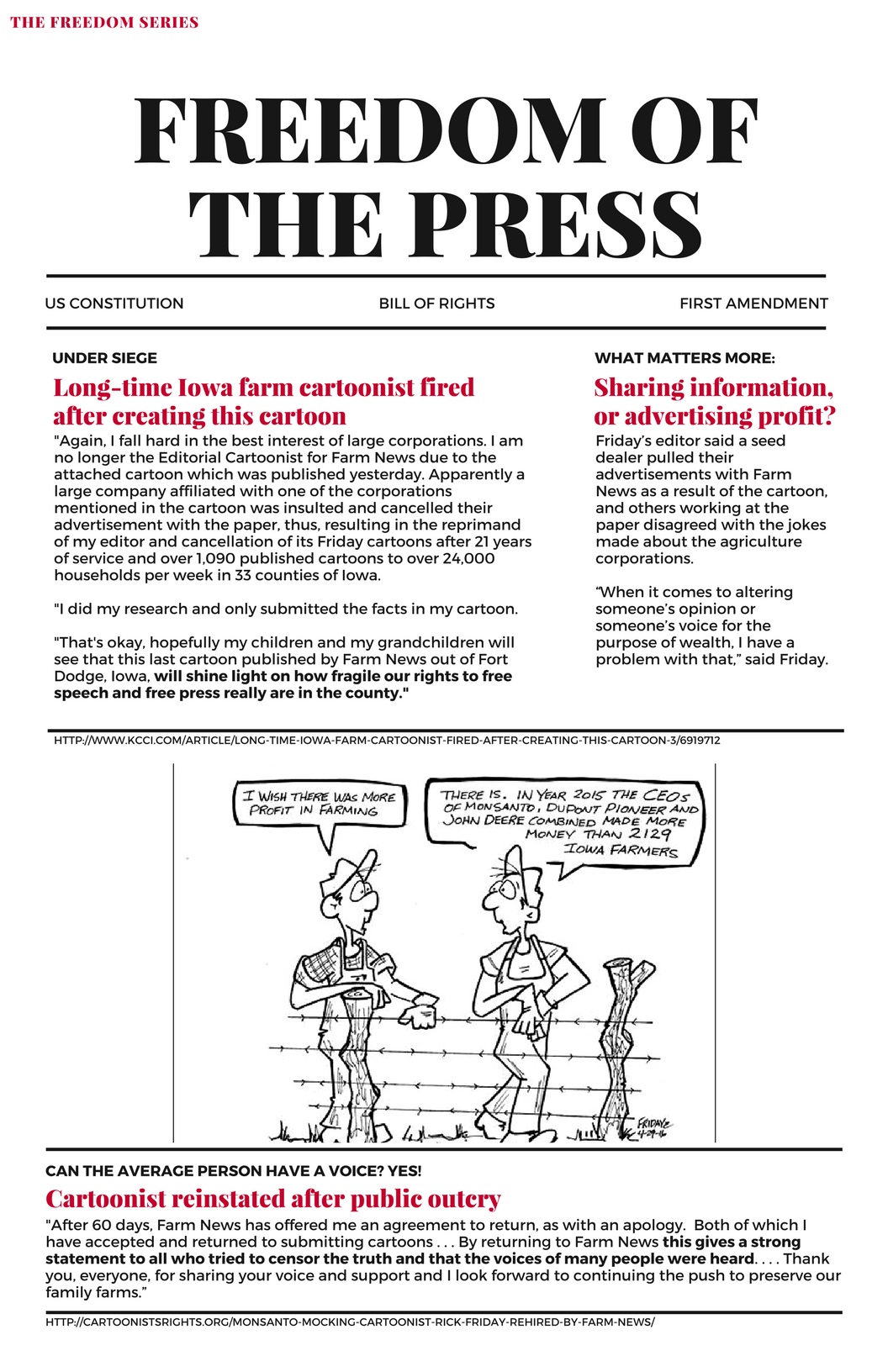 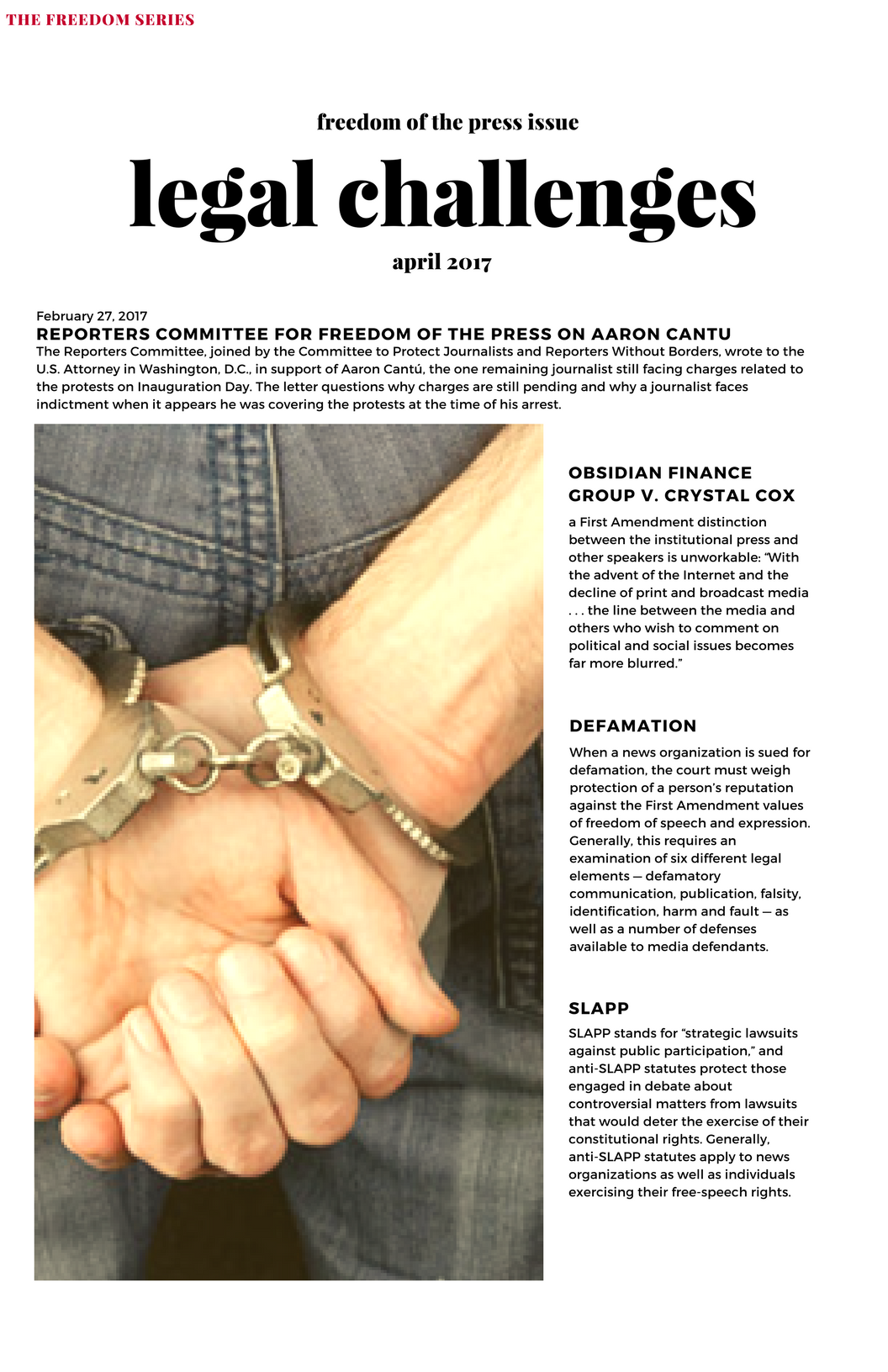 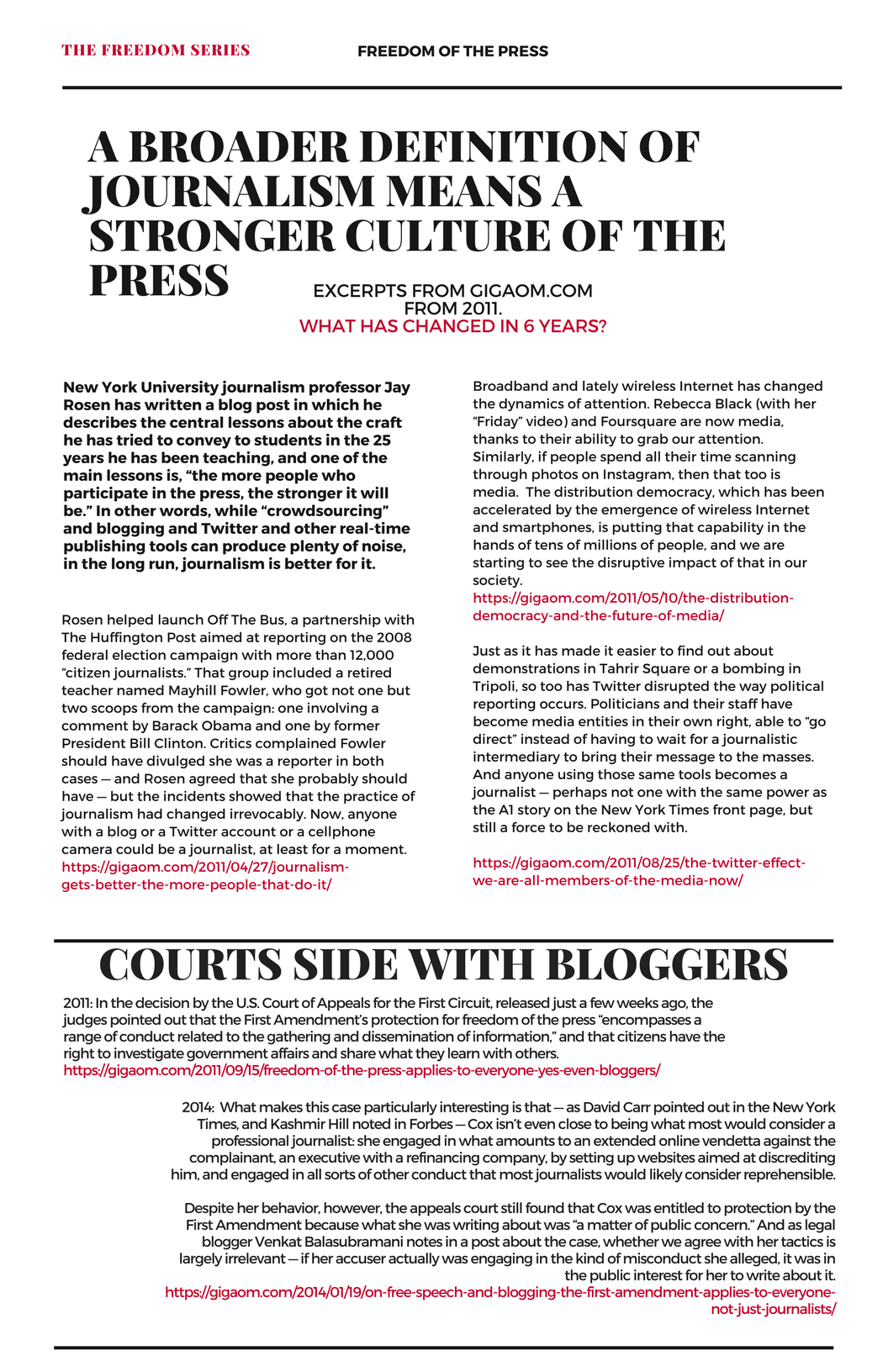 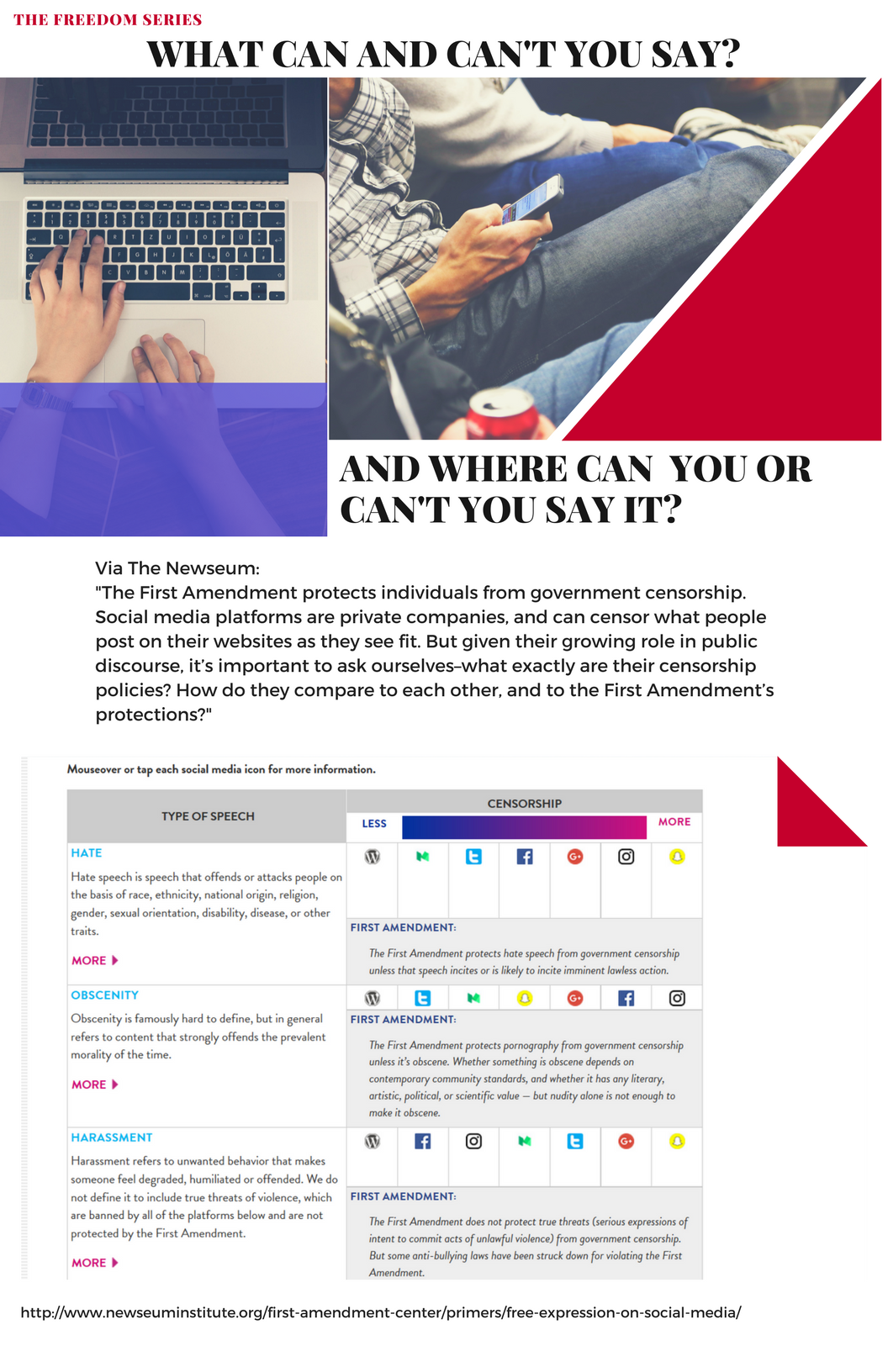 What is Freedom of the Press?

In the Thirteen Colonies before the signing of the Declaration of Independence, the media was subject to a series of regulations. British authorities attempted to prohibit the publication and circulation of information of which they did not approve.

The First Amendment permits information, ideas and opinions without interference, constraint or prosecution by the government.[1][2] It was adopted on December 15, 1791, as one of the ten amendments that constitute the Bill of Rights.

The media has a lot to say on this subject.

And President Trump himself has opinions that can be parsed through his speeches and comments.

Freedom and Future of the Media

The Distribution Democracy and the Future of Media

Journalism Gets Better the More People Who Do It

The Twitter effect: We are all members of the media now

Freedom of the press applies to everyone — yes, even bloggers

On free speech and blogging: The First Amendment applies to everyone, not just journalists

I want to take action to preserve the freedom of the press!

If freedom of the press is a First Amendment right you want to fight for, here are some options: